Silver guru’ David Morgan was recently interviewed by Future Money Trends and said that the gold and silver bullion “super bull market” has been initiated.

“We are finally in the very beginning of the new bull market which will be the most exciting as the third leg up is the one that is the most rewarding. In fact few will believe just how high the precious metals will go. The end date is most likely 2018/2019 at this point.”

Yuan benchmark for gold towards making the yuan a global currency

Gold Production – Gold production for the March quarter was 32,074 ounces.

Comments Off on Beadell: All-in Sustaining Costs US$902 March Quarter

Comments Off on Silver Prices Outlook for 2016

CHINA will launch a new contract today to set a “benchmark” price for gold bullion in the world’s biggest producer and consumer of gold, as part of efforts to increase its influence in pricing of the precious metal.

The yuan-denominated gold fix will be launched on the Shanghai Gold Exchange this morning, with the benchmark price at 257.97 yuan (US$39.83) per gram, said a statement released by the exchange yesterday.

The gold price is however the antithesis of paper money. The last few years have seen gold reaching record levels measured in most emerging economies’ currencies, but languishing against the US dollar. However, growing economic uncertainty could well result in a strong rise on gold against all paper currencies – including the US dollar.

Global aggregate fund flows into the asset class came in at $7.9b over the course of the month, beating an inflow record set during the worst of the GFC during 2008.

According to Bloomberg, the white metal has risen an impressive 7.8 percent in the last five sessions, and on Tuesday reached $16.23 per ounce on the COMEX in New York — that’s the highest price for a most-active contract in over five months. Meanwhile, an ounce of gold was good for just 77.6271 ounces of silver on Tuesday, the least since February 9.
http://investingnews.com/daily/resource-investing/precious-metals-investing/silver-investing/how-high-can-silver-go-in-2016/

Comments Off on Silver rising

The wild side for IRC is their giant world-class vanadium resource….http://www.australian-shares.com/asx-top-12-by-vanadium-resource.html

Comments Off on Gold, Silver and commodities outcomes 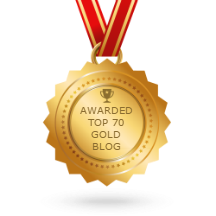